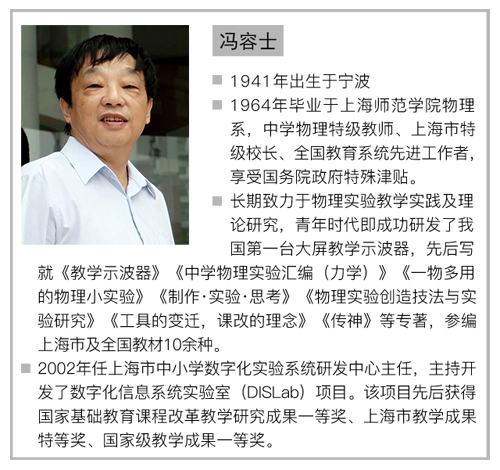 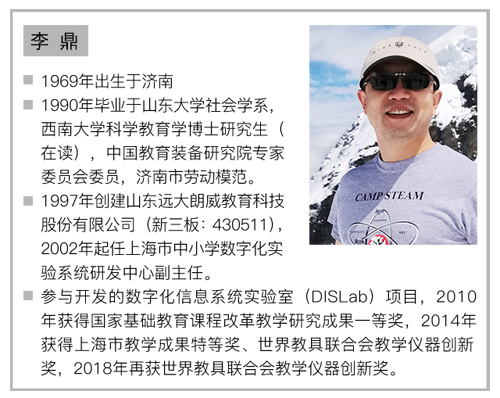 Through the “initiation, inheritance, transformation and integration” of DIS, this book describes the four development stages of digital information system: R&D startup, pilot improvement, promotion and application, and deepening development. It not only records the creative process of DIS from scratch, but also displays the ideas and methods to apply DIS in depth. It also highlights that in the tide of the second stage of curriculum reform in Shanghai, science experiment teaching in curriculum development, textbook compilation, experiment support and comprehensive supporting in the second stage of curriculum reform in Shanghai has gained the fruitful achievements revolving around the innovation of ideas and technological progress.

I  Initiation - the creation journey of DIS

The second stage of curriculum reform in Shanghai putted forward the idea of “student development as the basis”, advocating strengthening the integration of curriculum and information technology, and creating a digital learning environment. In April 2002, Shanghai DIS R&D Center was established jointly by the Teaching Research Department of Shanghai Education Commission, Shanghai Fenghua High School and Shandong Yuanda-llongwill Educational Science and Technology Ltd., marking the start of DIS development and application.

DIS has undergone a difficult start-up process and actively carries out product research and development. According to requirement of physics textbooks compilation in DIS experiment, the R&D Center has undertaken the theoretical research work of DIS, and made preliminary attempts. In Physics Teaching, a series of academic papers were published on the theme of “Tool changing, the concept of curriculum reform”. The book reproduces the difficult start of DIS, showing the hard and pleasant process of DIS research and development, teaching practice, problem solving and experience summarization, and presents the process of DIS development in practice and exploration. 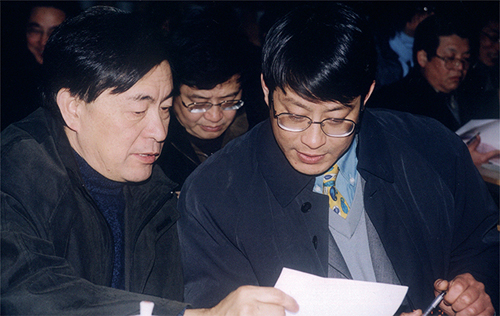 Never be satisfied, there is no best, but better. In 2010, the R&D Center has successfully operated for seven years, overcoming the difficulties in the initial stage and completing the task of compiling physics textbooks for Shanghai middle schools, Now it has steadily transited to experiment reform and supporting the transformation of learning mode, and continued to move towards the Key Difficulties of integrating physics curriculum with information technology, developing new products and supporting classroom teaching, and constantly climbed to the peaks of great achievement. 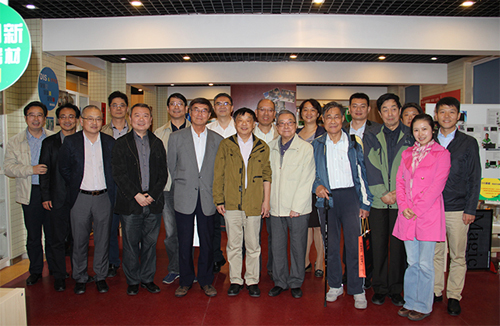 In 2014, the DIS project won the first prize of national teaching achievement (basic education), which aroused peoples attention on the process of DIS from its inception to its peak climbing. The success of DIS lies in the application of creation technique. With the deepening of DIS research and development, the application of creation in practice has been sorted out, promoted and reconstructed, so that the curriculum concept of “physics teaching must be integrated with information technology” has been adopted. 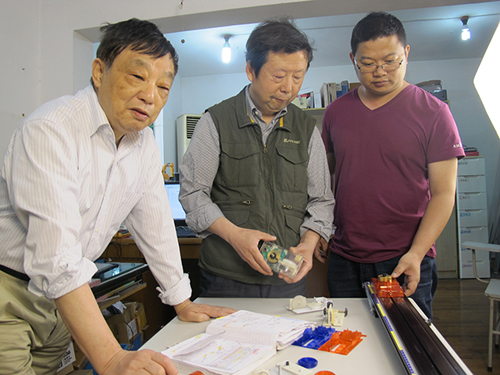 As the only colour printed book in the edition of Shanghai Education Series, this book has many innovations both in form and content.

In terms of content, the book begins with the classic summary of DIS when the the Teaching Research Department of Shanghai Education Commission declared the national teaching achievement award, and concludes with the development evolution of Mr. Feng Rongshi’s creation technique in physics experiment. In the middle, the authors summarize the process records and conclusions of more than 30 major innovations and creations in the past 17 years, emphasizing seeking truth from facts and reasoning from things, and embodying the full “physics” style. Each DIS innovation discussed in each chapter is based on the specific experiment needs, along with the idea of improving the experiment effect and teaching efficiency, which is fascinating to read progressively. Although each innovation activity is ultimately based on a specific new thing - a certain achievement of DIS, the path and challenges are different, and the time span experienced (multiple projects have experienced more than five years of continuous development and improvement) is even more inconceivable, which shows the twists and turns of exploration and the difficulty of innovation. Reading the whole book not ony makes people fully aware of the inevitability of the application of new technologies, but also can further find out the value and significance of non-intellectual factors such as teaching experience, creative thinking, enthusiasm and perseverance to DIS, a “high growth” project with sustained growth and innovation.

In the term of form, the “side annotation” that the authors saved through the intensely persistence with the editors of publishing houses and supported by the leadership of the editorial committee of the series, is particularly eye-catching. Through nearly 200 annotations, the book adds realistic analysis and judgment to the viewpoints and opinions of different historical periods. In this kind of annotation with the attribute of self-contained “traversing”, there are not only persistence as before, but also reflection and introspection after development and evolution; not only the summary of facts, but also the sublimation out of the circle. Compared with the text, although the content are not too much, it is full of the author’s insights, which is the essence of the essence.

Time flies. The innovative development of DIS in the past 17 years has become a legend in the field of science experiment teaching and education equipment industry in China. Opening the book and penetrating the innovator’s inner world to further appreciate the legend must be another touching experience.